Ethnic tensions over the decision erupted last month when ethnic Serbs in northern Kosovo, who are backed by Serbia and do not recognize Pristina’s authority, set up roadblocks to protest the new rule.

Kosovo and Serbia intend to join the European Union and have agreed, as part of that membership process, to resolve their outstanding issues and build good neighborly relations.

Here are some facts about the standoff.

Kosovo won independence from Serbia in 2008, almost a decade after a guerrilla uprising against Belgrade’s repressive rule.

Serbia, however, still considers Kosovo to be an integral part of its territory and rejects suggestions it is whipping up tensions and conflict within its neighbor’s borders. Belgrade accuses Pristina of trampling on the rights of minority Serbs.

Ethnic Serbs account for 5% of Kosovo’s 1.8 million people, with ethnic Albanians making up about 90%. 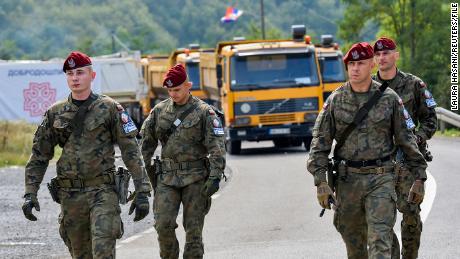 Why did tensions flare again?

Kosovo has for years wanted the approximately 50,000 Serbs who live in the north to switch their Serbian license plants to ones issued by Pristina, as part of the government’s desire to assert authority over its territory.

Ethnic Serbs have long refused to recognize the authority of Kosovo’s institutions in the north, venting their hostility by refusing to pay Kosovo’s power operator for the electricity they use and frequently attacking police who try to make arrests.

Kosovo’s push last year to impose the license plates was aborted when ethnic Serbs protested. On July 31 of this year, Pristina announced a two-month window for the plates to be switched over, triggering new protests.

Tensions eased after Kosovo Prime Minister Albin Kurti, under US and EU pressure, agreed to postpone the switch.

What do the Serbs want?

Serbs in Kosovo want to create an association of majority-Serb municipalities that would operate with greater autonomy. Serbia and Kosovo have made little progress on this and other issues since committing in 2013 to the EU-sponsored dialogue. 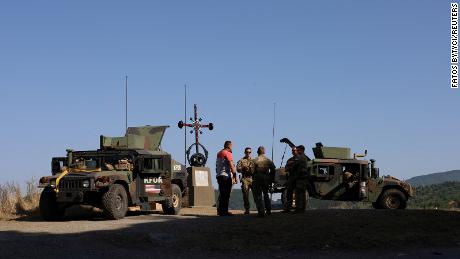 What is the role of NATO and the EU?

NATO has about 3,700 troops stationed in Kosovo to maintain the peace. The alliance said it would intervene in line with its mandate if stability in the area were jeopardized. The European Union Rule of Law Mission in Kosovo (EULEX), which arrived in 2008, still has around 200 special police officers there.
This article has been published on blog.Jasaseosmm.com under the title Why a license plate spat has sparked ethnic tensions again in northern Kosovo